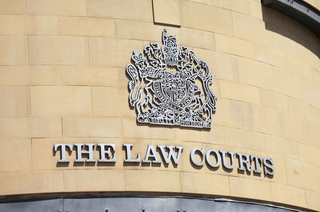 Mediation: is a much more cost effective way to resolve a dispute. The role of a good mediator is to get you to an agreement as quickly as possible, thereby avoiding the need for endless sessions of mediation.

Court: is very expensive and will easily run into the thousands of pounds very quickly. Not only will there be legal fees to pay but also the court fees for making the applications.

Mediation: is held in a relaxed and more informal environment. This helps parties to talk more freely and discuss their differences in a positive way. The mediator will never let the discussions get out of hand so parties can feel safe and secure.

Court: is an extremely stressful and intimidating place to be. Anxiety levels will often run high in such a foreign environment. Proceedings are very formal and certain rules and procedures must be followed.

Mediation: Fewer sessions will be required. The exact number will usually depend on the issues involved in the dispute.

Court: Going to court will certainly take many months and often will run into years.

Mediation: You will be involved in all the decisions every step of the way.

Court: Once the battle is over, the Judge will make the final decision on what will happen. Very often neither party is happy with the decisions that are made but they have to abide by them.

Mediation: Even though you may not be able to salvage your relationship, you can move forward in a positive way and, at the very least, get to the point whereby you can communicate with each other in a non-confrontational way.

Court: Getting involved in court proceedings has a massive effect on those involved. Parties are effectively going into battle when they go to court, with each side fighting their corner. This confrontational experience often leaves both sides exhausted, upset, angry and frustrated.

Mediation: All sorts of different issues can be included in a mediated agreement. Contingencies can be allowed for as well as modifications made if situations change.

Court: Once the court order is made, there is no flexibility at all and both sides have to stick to it - regardless of whether they agree with it or not. If either side wants to change anything in the order, they have to go back to court and ask them to change it.

Mediation: You know your children best and want what is best for them. In a safe a calm environment, mediation will help you resolve issues that involve children or might have an adverse effect on them either now or in the future. Any conflict regardless of its nature, can have such a damaging effect on children when they are witness to it.

Court: Why would you want a total stranger (i.e. a Judge) making decisions for you that will have a huge impact on you and your children?


"The goal of resolving conflict in a relationship is not victory or defeat. It's reaching understanding and letting go of the need to be right"