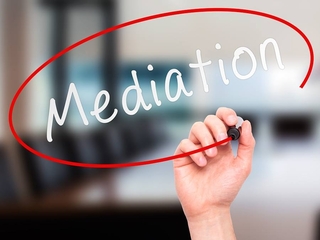 How Does Your Mediator Add Value?

Most of us don't go to the symphony to watch the conductor or to a sporting event to see the referees in action but imagine the chaos without their participation. In the same vein, you're unlikely to have a productive mediation without an effective mediator. So, how can a mediator add value to your settlement discussions? Here are five ways, based on practice, experience and feedback received from disputants and counsel over 20 years of mediating.

Years ago my wife and I hired a painter to paint our house. The job took a week. The painter spent the first three days scraping, filling and sanding. On day four the house was ready to be painted. An effective mediator invests time before mediation getting to know the file - the players, the personality dynamics, the key pieces of evidence needed to determine the strengths of each party's case. Whenever possible, I use pre-mediation discussions to learn about the dispute and the perceived challenges of achieving a resolution. I request mediation briefs well in advance to familiarize myself with each side's view of the facts and issues and to allow time for follow-up with counsel on key pieces of information that may be unclear or missing.

Many disputants arrive at mediation unfamiliar with the process, apprehensive about their participation in it and fearful of confrontation with the other side. The mediator must quickly gain their trust, by creating an environment that is welcoming, safe, accessible and inclusive, and deliver a process that gives everyone a chance to be heard. Humanity, humility, empathy, humour and lots of healthy snacks help me keep participants engaged, focused and positive during even the most difficult mediations.

As Marcel Proust said, "The real voyage of discovery consists not in seeking new lands. but seeing with new eyes."Disputants and their counsel often come to mediation entrenched in positions and pessimistic about settlement. A mediator should bring a fresh set of eyes and a new perspective, injecting positive energy and optimism into the dialogue, unearthing interests and concerns that have been missed, and offering novel ideas or options for resolution that have not been previously considered.

Disputing parties expend a great deal of time, energy and resources on their dispute, often leaving them emotionally raw, fatigued or frustrated (or all of the above) by the time they get to mediation. Even good counsel can succumb to litigation battle fatigue. A mediator that practices "patient persistence" stays the course, offering an endless supply of encouragement, resilience and stamina that keeps the parties on track, engaged and communicating, particularly at those critical points in the process when it would be easy for everyone to pack up and and pack it in. Even if a resolution isn't achieved during mediation, I remain hopeful. Counsel and their clients may need some time to digest what's been discussed at mediation before revisiting resolution. I, generally, follow-up with counsel by phone or email after the mediation to see if I can help in moving the parties forward. Counsel and their clients appreciate this gesture and I find that a simple follow-up often sets the wheels in motion for a settlement in the days or weeks following mediation.

A local diet doctor promotes his weight loss program with the following tag line: "If you could do it alone, you would have done it already." The same could be said about the resolution of conflict. If disputants could resolve their disputes on their own, they wouldn't need mediators. Good mediators are resourceful, armed with an array of communication tools, creative savvy, substantive knowledge and process skills, and the ability to develop a road map to resolution and the dexterity to modify it on the fly as circumstances change. A resourceful mediator adapts their approach to the parties, drawing on their facilitation skills and, when requested, employing reality testing techniques - with sensitivity, tact and balance - to help the participants assess the relative strengths and weaknesses of their case and litigation risk, ever mindful of the delicate professional relationship that exists between counsel and client.

Much like the role of a conductor or referee, a mediator's role can be subtle, perhaps even unseen. I've suggested five ways a mediator can add significant value to a mediation process. Do you have thoughts of your own? I'd like to hear from you.

Bernard Morrow is the principal of Morrow Mediation a Toronto area based full service alternative dispute resolution (ADR) firm that is focused on delivering timely, fair and balanced mediation and arbitration services and responsive consulting solutions at a sensible price. Bernard has been successfully providing dispute resolution services since 1994.

In addition to conducting his ADR practice, Bernard was appointed the Complaints Resolution Commissioner for the Law Society of Upper Canada for a two-year term commencing April 1, 2014. He was re-appointed for a second two-year term commencing April 1 2016. The Commissioner performs an ombuds role, independently reviewing complaints against lawyers and paralegals that have been closed by the Law Society to ensure they were handled appropriately and the results were reasonable. The Commissioner's role is a part-time commitment and a perfect complement to Bernard's ongoing private dispute resolution practice. www.morrowmediation.ca