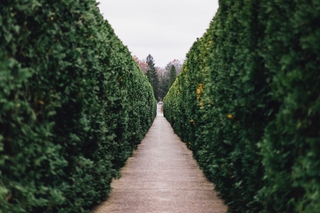 High Hedge Disputes and How to Resolve Them Successfully

In this article, we are going to look at the problematic subject of high hedges and what you can do to resolve disputes on this subject.

There is no doubt that this is an issue that can cause untold misery, cost, hostility and the breakdown of previously cordial relationships.

A high hedge is defined as -

• those evergreens are two metres or more (approx. 6.5ft) above ground
level

You will note straight away that there is no mention here of Leylandii. It seems to have become a common misconception that the high hedge legislation applies specifically and only to Leylandii, which is not the case: it applies to any evergreen hedge which fulfils the criteria mentioned above.

The legislation goes on to explain what is meant by an evergreen:-

So for these purposes, a hedge which does not lose its leaves in winter is covered by the legislation, as is a hedge that stays green for most of the year (semi evergreen).

Another important point to note is that the law was introduced to tackle the issue of hedges and not individual trees. Although two or more trees may meet the definition of a hedge as already described, often they will not. This could be dependent upon whether or not there are gaps between them and whether there are any barriers to light or access caused by the spacing.

So now that you are an expert on the law of high hedges, what next? ....

Well, the expectation is that every possible attempt is made to resolve any high hedge dispute without resorting to the courts or the local council. It goes without saying that the first step would be to try and discuss the matter with the other party. In reality of course, this is not always as easy as it sounds. This type of neighbour dispute can quickly get out of hand and each side becomes rapidly entrenched in their position and unable to listen to reason. This is where mediation can be an invaluable tool.

It is well established that a good mediator has a very high chance of achieving an agreement even where the starting position is not a good one - parties might already be at each other's throats and it may seem that resolution is impossible. Expert mediation will bring parties together: just close enough to be able to reach a sustainable agreement. 'Tis true that you might never be the best of pals, but you might be able to live in close proximity without stress or hostility.

It is very important to note that both the courts and councils will expect you to have tried mediation or some other form of dispute resolution, before they will even entertain considering your dispute. Every local authority will have their own process for how they deal with these types of matters and there will inevitably be fees involved. Currently the local authority fees seem to be averaging around £400-£600 for the application. If the council is satisfied there is an issue, they will consider both sides' cases before making their decision. They will either reject the complaint or issue a notice which will detail the work to be carried out and the time frame within which it must be completed. However it is still not a done deal - there is an appeals process that the hedge owner can then commence which will delay matters further. Even if that appeal is unsuccessful, there can still be further problems in making the hedge owner comply with the council order - again resulting in delays, stress, anger, frustration and additional costs.

Similarly, if it is decided that the court route would be the better option, the court will insist that mediation has been attempted before the commencement of court proceedings. Court fees are of course payable, as are solicitors and barristers' fees if you instruct representation. Costs will also no doubt be applied for and will be awarded by the court where appropriate.

So what is the right answer?

The answer is - you must try mediation. An agreement reached between two parties without the intervention of a court or local authority is proven to be much more effective and long lasting. Relationships are also often preserved or salvaged to some degree when each party feels they have had their say as well as had input in the final agreement.