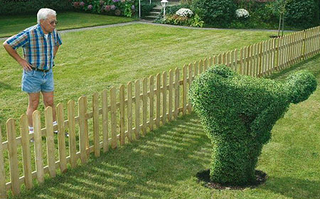 How neighbour disputes can get out of hand.

Dealing with nuisance neighbours can take over your life. Whether the dispute is over noise, boundaries, kids or shared access to driveways, a poor relationship with those that live close to us can cause untold stress and misery not to mention a fortune in legal bills.

A report published by the Ministry of Justice in 2015 showed that boundary disputes cost the parties involved on average, between £10,000 and £50,000 and can go much, much higher in bitterly contested disputes that drag on for years.

The two neighbours started an argument about the gates at the entrance to their shared driveway. One wanted the gates open, the other wanted them closed. All attempts to reach an agreement broke down and one party padlocked the gates open and refused to allow the other to close them.

Proceedings were issued and ended up in the High Court where the trial lasted for 3 days. The Judge had to decide who owned the gates and whether that party had the right to keep the gates opened or closed.

He decided that although one side did own the gates, they did not have the right to keep them opened or closed - so neither side won! He went on to say that the parties should install the very thing they had discussed before the argument ended up in court - electric gates.

This is not an isolated example: one boundary disputed in Hertfordshire was started by planners who used a thick pen to mark out boundaries on a small-scale plan. The area was just 60cm wide yet the legal costs ran to £400,000.
In Cheltenham, two neighbours warred over a six-metre square patch of land for two years. The court costs ended up soaring to £160,000

So why can these disputes get so out of hand and result in these exorbitant costs? The problem is that each side believes so passionately in their view that they are unable (or unwilling) to move from that view or listen to the other side's point of view. Lord Justice Elias stated in a judgement over a right of way in Oliver V Symons (012 EWCA Civ 267) -

"All disputes between neighbours arouse deep passions and entrenched positions are taken as the parties stand upon their rights seemingly blissfully unaware or unconcerned that they are committing themselves to unremitting litigation which will leave them bruised by the experience and very much the poorer, win or lose. It depresses me that solicitors cannot at the very first interview persuade their clients to put their faith in the hands of an experienced mediator, a dispassionate third party, to guide them to a fair and sensible compromise of an unseemly battle which will otherwise blight their lives for months and months to come."

None of us needs to follow court proceedings to be aware of how these sorts of issues can escalate out of hand: programmes such as 'Neighbours from Hell' have highlighted how lives have been ruined by disputes that drag on for years and years, costing many tens of thousands of pounds as matters are dragged through the Courts. What started as a relatively minor matter can quickly escalate, causing tension, anger, suspicion and stress.

It must also be remembered that it is not only the cost of court proceedings that needs to be taken into consideration: disputes with neighbours can significantly affect the value of a property and make it much harder to sell - but don't think this is a rare problem: research from Swinton Insurance showed that 60% of people do not get on with at least one of their neighbours, while a study from the consumer group Which? found that 27% of those surveyed had struggled with a nuisance neighbour in the previous 12 months.

So how badly can the value of property be affected by a neighbour dispute?

A conservative estimate by some experts suggest a figure of 10% but it is widely believed that the true figure is much higher and difficult to quantify. It is not uncommon for properties to be on the market for years and for sellers to be forced to accept much lower sale prices that the property was originally valued at. So although it might be tempting not to declare issues with neighbours, that approach could end up being very costly indeed. The best approach is to try and resolve any issues before they escalate out of control and end up involving the council, the police or the courts.

Mediation has proven time and time again to be a cost effective, fast and efficient method of resolving disputes between neighbours before things get to the point of no return.