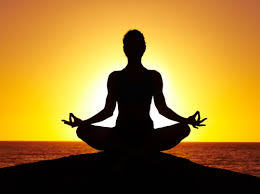 After asking anyone who stood still for long enough, 'what is mediation?' it has become apparent that most people do not really know what mediation is. It is also apparent that if that question is searched online, the answer is likely to include a list of popular yoga positions ...

Hopefully, by the end of this article, you will know the difference between mediation and meditation.

Disputes can arise and manifest themselves in any environment and can be about anything; custody of kids, clashes at work, neighbour's fences, arguments with your partner... anything at all. It is very common for people who are involved in disputes, to hold on tight to their views and become unable to shift or compromise. It is for that reason that many disputes end up in court. That option, for many reasons, is not an ideal route to take in order to reach an agreement.

Think about it - in court proceedings, not only are you airing your personal business in a public arena, you are also leaving decisions about your life, kids, money, in the hands of a total stranger - the judge. Court rules and procedures have to be followed which invariably means instructing a solicitor who will charge you upwards of £200 per hour for his services. You can, of course, represent yourself but that can be an absolute minefield if you do not know your way around the court process.

One thing is for absolute certain - when matters go to court for a decision to be made, it is rare that either or both parties are happy with the result.

On the other hand, mediation is really simple - it is sitting people down in a room with an expert, impartial referee whose aim it is to reach a resolution through reason, understanding and fairness. The motives and methods of mediation are its key to success and are often a stark contrast to the foundations and processes of court proceedings. When embarking on a court action, you are waging war. When hiring a lawyer, you are paying someone who is striving to get YOU the best deal possible. Well, sometimes what is simply best for you is not necessarily the right answer in the long term. This is a potentially dangerous and expensive path to explore, as it often ends in the proceedings acting as a catalyst for a more hostile dispute, ultimately leading to further stress, suffering and damage to relationships. Mediation helps to avoid all of those issues.

When instructing a mediator, you are paying someone whose only aim is to resolve issues. Rather than fight a corner using one person's viewpoint as a weapon, a mediator will diffuse tensions by objectively explaining each side's perspective, which is the cornerstone to achieving mutual understanding and resolution.

• Each party will speak to the mediator separately, explaining their side of the story, then ..

• The mediator will arrange a meeting with both parties present, then ..

... And hey presto - you have avoided wasting a considerable amount of time and money and protected or even repaired, a damaged relationship.